In a rain interrupted match Australia were kept in check by the Lankans and only made 212-7. Brett Lee then took 3-35 as he broke open the Lankan top order.

When the thick rain came down the Lankans were 123-7 in the 39th over handing victory to the Aussies on the DuckworthLewis method. 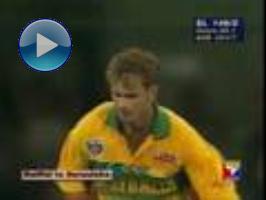 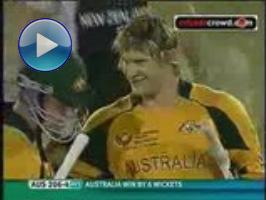 Ponting on finals win: this is the icing on the cake (Centurion)

World Cups
No comments received so far. (U09)