Former Australian Test bowler Geoff Lawson takes over from the late Bob Woolmer the English man who died earlier this year in controversial circumstances during cricket's World Cup in Jamaica.

Initially local police declared Woolmer had been murdered and the international media went into a frenzy of speculation that his death was connected somehow with persistent allegations of match fixing that swirled around the Pakistani team for years. Woolmer was later found to have died of natural causes.

Even before Geoff Lawson has arrived in Pakistan he too is confronted by the match fixing allegations that simply refuse to go away. 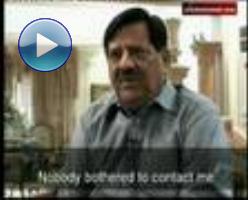 Controversies & Issues   Match Fixing
No comments received so far. (U09)

* Our most recent newcomers