The UK Sunday Times has reported that the International Cricket Council is probing claims that the World Cup semi-final between India and Pakistan might have been fixed.

The UK newspaper also claims that Indian bookmakers tried to influence World Cup matches last year and it had uncovered evidence that tens of thousands of pounds was on offer to players to throw part or all of international matches, including last year's World Cup semi-final between India and Pakistan. 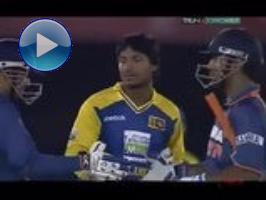 Spot fixing concern: Why did Sanga order no ball?

Controversies & Issues   Match Fixing
No comments received so far. (U09)