While some fans say Team India and Chennai Super Kings captain Mahendra Singh Dhoni is justified in not commenting on the IPL spot fixing scandal, many say he should hold a separate press conference to speak out on the row. Dhoni was bombarded with questions regarding the spot-fixing during the ICC Champions Trophy press conference on the eve of the departure of Team India to England. But RN Baba, media manager of the BCCI, parried the queries, acting according to the diktat of the cricket board to not entertain any questions on the episode. May 2013 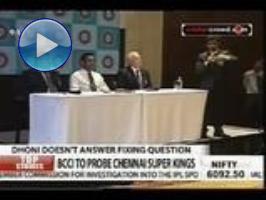