Muttiah Muralidaran claimed 4-30 to equal Shane Warne's world record for the most Test wickets on the second day of the first Test against England. Rain halted plated before Murali could go past Warne. 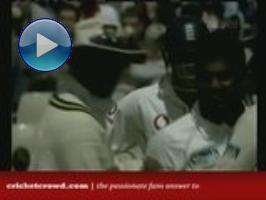 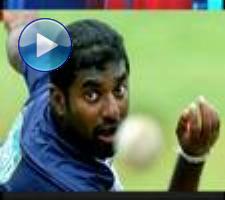